Metabolic restoration in HIV-infected patients as a therapeutic approach

Increasing the energy supply of immune cells is an important therapeutic approach to promote natural immune protection against HIV. 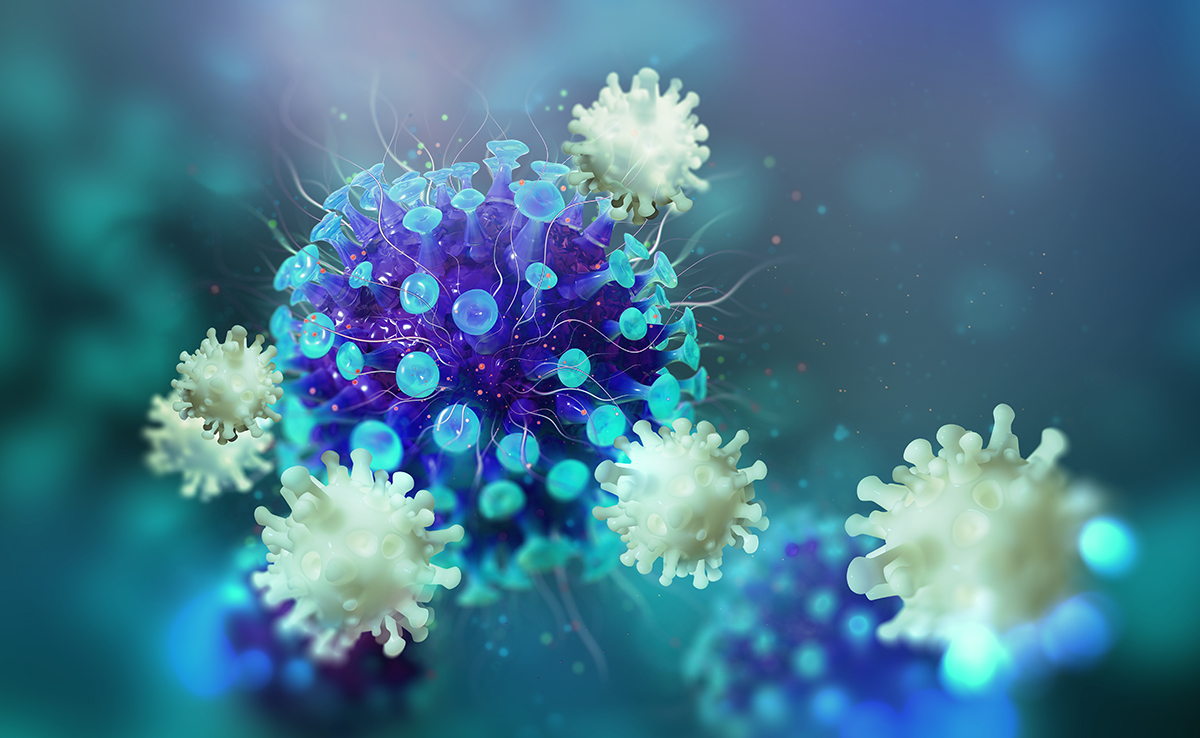 CD4 lymphocytes, a type of white blood cell considered to be the conductor of the immune system (Stock illustration).

The human immunodeficiency virus (HIV-1) particularly attacks CD4 lymphocytes, a type of white blood cell considered to be the conductor of the immune system. Hamza Loucif, a doctoral student in virology and immunology, and Julien van Grevenynghe, a professor at the Institut national de la recherche scientifique (INRS), have shown that optimizing the energy metabolism of these key cells enables people with HIV-1 to better defend themselves against the virus. Indeed, with better metabolism, the role of these white blood cells in protecting against the virus, and thus in improving the overall immune system response, becomes more important.

This metabolic optimization exploits the cell recycling process, called “autophagy”. It would have a positive double effect! Autophagy in CD4 cells provides amino acids, including glutamine, to fuel the mitochondria, which serves as a cell’s energy powerhouse. This energy is then used to secrete the protein interleukin-21 (IL-21), which plays a key role in the defense against HIV-1.

Researchers have shown in a previous study that IL-21 can “retrain” the immune system of HIV-1 patients. In fact, the protein optimizes the energy supply of CD8 immune cells and, by the same token, their defense system.

“It is important that a single treatment act positively on the entire immune system, not just on a subpopulation of cells. Since these cells help each other and communicate with each other, the beneficial effect of autophagy on different cell populations supports the importance of this pathway from a therapeutic point of view,” said Professor van Grevenynghe.

“Our results corroborate and consolidate the therapeutic utility of autophagy in HIV-1 and potentially in other viral infections. This molecular mechanism has the potential to orchestrate an effective antiviral response by providing various energetic substances to fuel the mitochondrial metabolism.”

Hamza Loucif, PhD student and first author of the study

The majority of people infected with HIV-1 must take daily antiretroviral treatments, which do not completely restore the proper functioning of their immune system. Acting on the metabolic pathway could eventually provide natural protection against the virus.