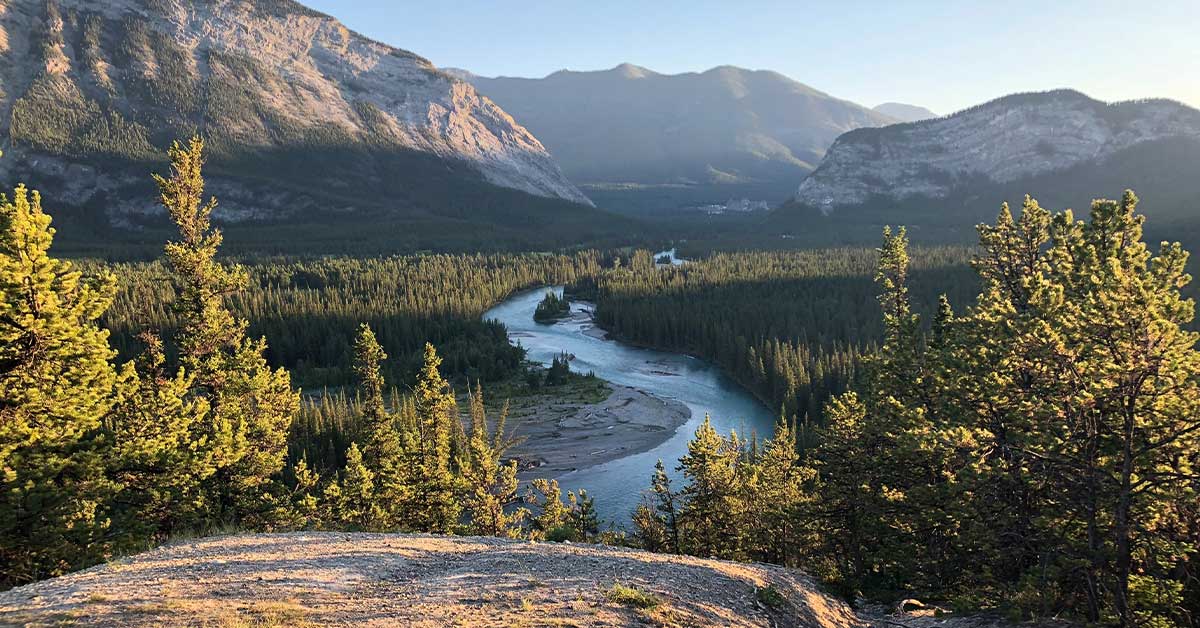 Working to safeguard biodiversity means taking care of wildlife and its habitat. Two specialists in ecotoxicology at INRS are working on several fronts. In the laboratory and the field, Patrice Couture and Valérie Langlois are advancing science in terms of biodiversity protection. They are participating in COP 15 to inform and raise public and political awareness on this subject.

Professor Patrice Couture studies the effects of environmental contaminants on aquatic species. His research focuses more specifically on the effects of metals from mining on freshwater fish.

The earth’s crust is full of them, they are naturally found in our vegetables. Even if the presence of metals in the environment is natural, some build up and become very toxic. These are under the researcher’s microscope.

“It is not the presence of metals that is problematic but their concentration. Mines recirculate metals buried in the soil, which creates potentially toxic environments for the flora and fauna around them.”

Some of the research activities of the researcher and his team take place in the areas of Sudbury, Ontario and Rouyn-Noranda, Québec, both of which have significant mining and metallurgical activities. These areas are unique natural laboratories for research on copper, cadmium, zinc and nickel, metals that are potentially hazardous to the environment.

Although the mining industry is taking more precautions than it did 20 years ago, stormwater runoff or poor maintenance of a mine site that is no longer in operation can cause significant environmental damage.

For Québec, sustainable mining development is a major issue. The researcher reminds us that the province has a large potential for mineral resources that will be required in the coming decades, especially if governments wish to take an ecological turn with electric cars, LED bulbs, or lithium batteries.

“We will have to develop a sustainable and intelligent exploitation of the mining sites if we want to preserve biodiversity, the health of the populations and the traditional way of life of the First Nations,” says Professor Couture, who collaborates with partners from the Indigenous communities.

Given climate change, where heat waves are becoming more and more frequent in northern Québec, the researcher is also interested in the combination of metal contamination and high temperatures. He is collaborating with other INRS professors, including André Saint-Hilaire and Normand Bergeron on the MiraNor project. Together, they are evaluating the effects of mining activities on fish, and fish habitat near Schefferville and Fermont.

According to Professor Couture’s work, the heat adds additional stress to cold-blooded organisms such as fish, in addition to metal pollution. In the laboratory, scientists have observed significant mortality and growth retardation.

“The combination of several sources of stress can lead to the local extinction of several species. Indigenous communities are highly dependent on certain fish species such as Arctic char. Major impacts on these species and their habitats can have negative consequences for these communities,” says the researcher.

The power of environmental DNA

One of the research projects put forward at this COP 15 is the pan-Canadian research project iTrackDNA, which illustrates the collaboration between Indigenous communities and scientists with common objectives: the inventory and protection of Canadian wildlife.

It is this precious genetic material that is at the heart of the Canada-wide iTrackDNA project co-directed by professor Valérie Langlois, holder of the Chaire de recherche du Canada en écotoxicogénomique et perturbation endocrinienne with collaborators from Université Laval, Université du Québec en Outaouais and University of Victoria.

This large-scale project aims to preserve and restore biodiversity through eDNA.

“A single water sample in a lake or wetland can indicate the presence of species that are at risk, invasive, or culturally and economically important, especially to First Nations. It’s an extremely powerful tool.”

The team’s goal is to develop state-of-the-art molecular technology tools that will detect eDNA for approximately 150 Canadian animal species. To date, they have developed several dozen tests, including for lake sturgeon.

A key player has just joined the project: the Zoo St-Félicien. The research team will be able to benefit from access to species, such as wolverines and polar bears, that are difficult to approach in their natural habitat. The idea is to take samples from the animal and its habitat.

The strengths of eDNA lie in its ability to monitor declining or endangered populations, but also to detect invasive species. The presence or absence of certain species can give an idea of the health of the natural environment under study.

“The environmental DNA sampling will help answer the question of the members of the Abitibiwinni First Nation, located near Amos, as to whether the cougar still resides on their territory. The cougar is a species likely to be designated as threatened,” explains Professor Langlois.

Currently, the researcher points out that eDNA sampling is not done in a standardized way by scientists. The team is currently working on the development of the first international standard to have standardized analysis methods. A more robust and efficient test to broaden its use is also being studied. For now, governments, First Nations, NGOs, and industry are the targeted users.

A variety of environmental issues under the microscope

Patrice Couture and Valérie Langlois’ involvement in environmental issues does not stop there. They are each at the head of two important research groups: the Centre de recherche en écotoxicologie du Québec (EcotoQ) and the Centre intersectoriel d’analyse des perturbateurs endocriniens (CIAPE).

EcotoQ brings together some fifty Québec scientists who document the presence of various contaminants in the environment and study their effects on fauna and flora. Oil spills, the use of pesticides, herbicides, and other contaminants of agricultural origin, microplastics and the presence of metals are some of the issues they are addressing.

A member of EcotoQ, Valérie Langlois is also interested in the ecotoxicology of microplastics in the St. Lawrence River by taking samples directly from the river.

Through the CIAPE, along with her colleagues, she collects data and informs government authorities and the public about the effects that endocrine disruptors – including certain pesticides – can have on the environment and on human health. The use of pesticides is under the scrutiny of the researcher to analyze their impacts on wildlife and organisms to support ecological and sustainable agriculture.

Professor Couture will participate in the panel Parlons pollution, parlons solutions of the Collectif Cop15, on December 13, 2022.

Professor Langlois will be giving a talk on iTrackDNA at the Zone d’action publique on December 14, 2022, and will be a panelist at the conference on the Role of Universities in Protecting Biodiversity. 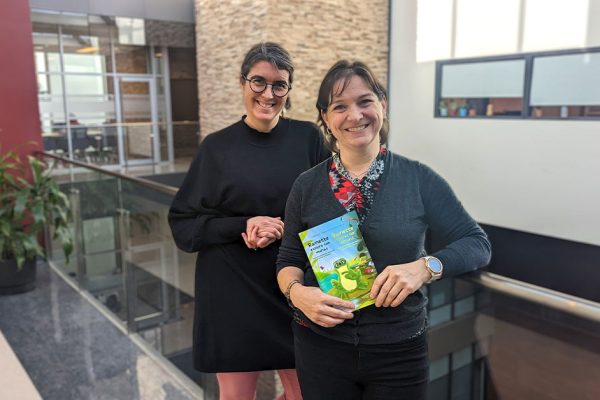