Two researchers from INRS self-publish a book to raise awareness of the effects of environmental pollutants. 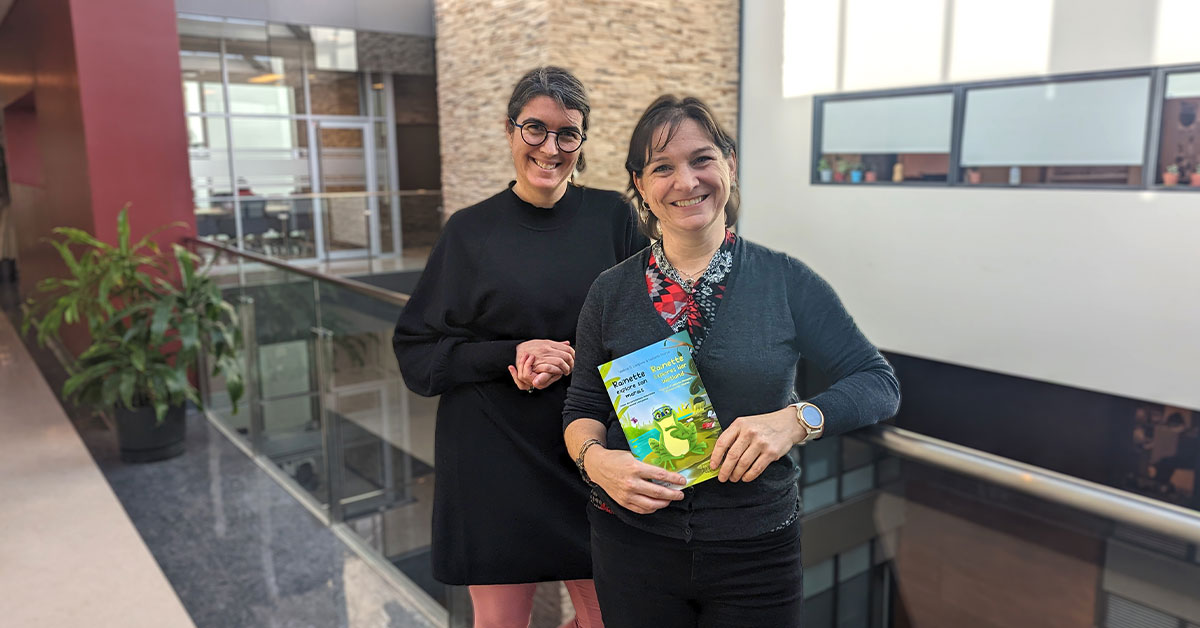 Even though endocrine disruptors are increasingly making the headlines, the public remains little informed about the effects of these pollutants that interfere with our hormones. Yet these chemicals are part of our daily lives and in the many goods that surround us. They are found in plastic bottles, baby bottles, furniture, cosmetics, and even in lakes and rivers.

Valérie Langlois and Isabelle Plante, professors at the Institut national de la recherche scientifique (INRS), have been studying endocrine disruptors for many years. Through their work, they are striving to raise public awareness of the effects that these pollutants can have on the environment and human health.

For these two researchers, it is essential to make young people aware of the effects of contaminants. It is therefore through a series of two popular science books that they have decided to tackle this complex subject. Published in 2022, the first book entitled “Rainette Explores her Wetland – The Issue of Endocrine Disruptors Explained to Our Children’’, aimed at children aged 5 to 8. The book features Rainette, a frog who lives in a polluted wetland. She has tadpoles that have health problems and fish neighbours that can’t reproduce. With her magic glasses, Rainette will trace the source of these molecules that contaminate her natural habitat and get help from a scientist.

“The more people are informed and aware of the risks associated with these common pollutants in our environment, the more they can make a difference.”

Endocrine disruptors are pollutants that are found in the environment. Once they encounter an organism, be it an animal or a human, they interfere with hormones. They will somehow mimic the behaviour of our hormones in the body and disrupt the communication between our cells, which can cause reproductive or developmental problems.

“By introducing them to the world of Rainette, we are educating tomorrow’s generation on important environmental issues. Moreover, by reaching young people, we inform the rest of the family. We are creating greater social awareness.”

Isabelle Plante, specialcist in research on the environmental causes of breast cancer.

The researchers and authors are already working on the second volume which will be released in the summer of 2023. In this new adventure, a dog and a cat will investigate endocrine disruptors. Together, they will determine the effects that these pollutants can have on themselves, but especially on the humans who live in the home.

The two professors, themselves parents, have begun to conduct workshops in elementary schools in Québec and Laval. By printing this book locally on recycled paper and vegetable-based ink to respect the environment as much as possible, they are following through on their convictions. The book is available free of charge in print or digital versions (on request). 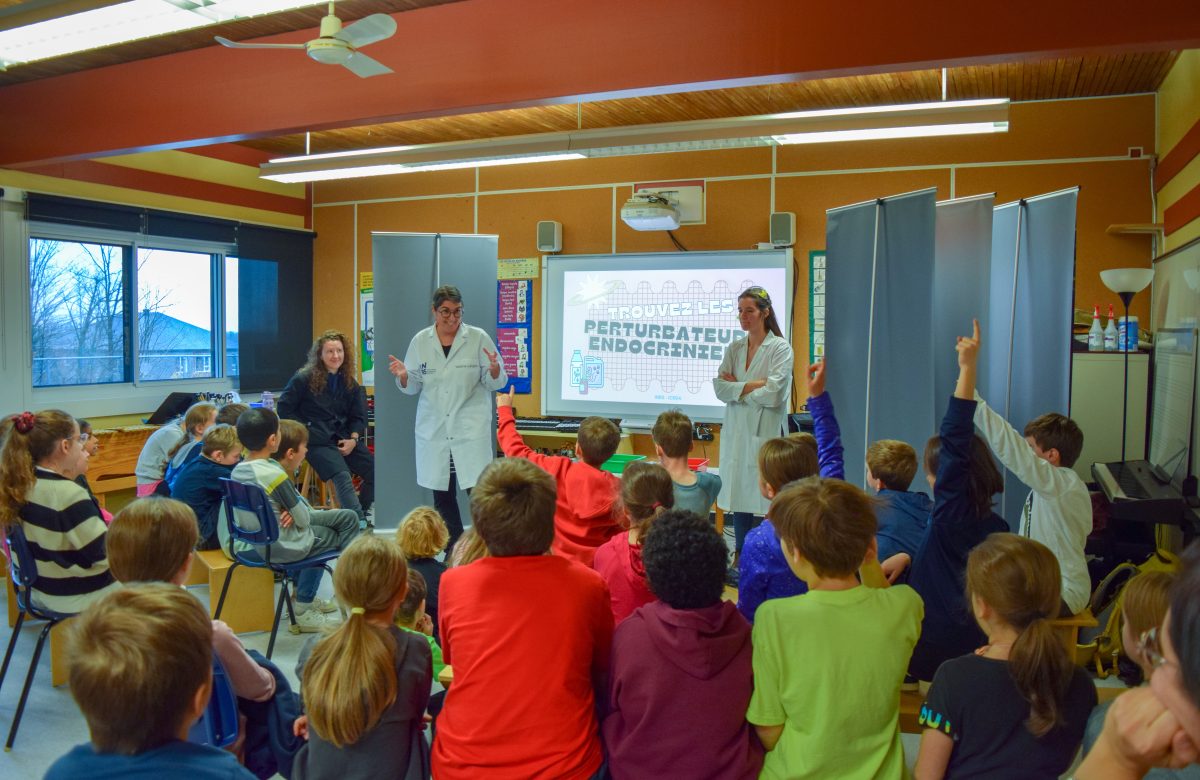 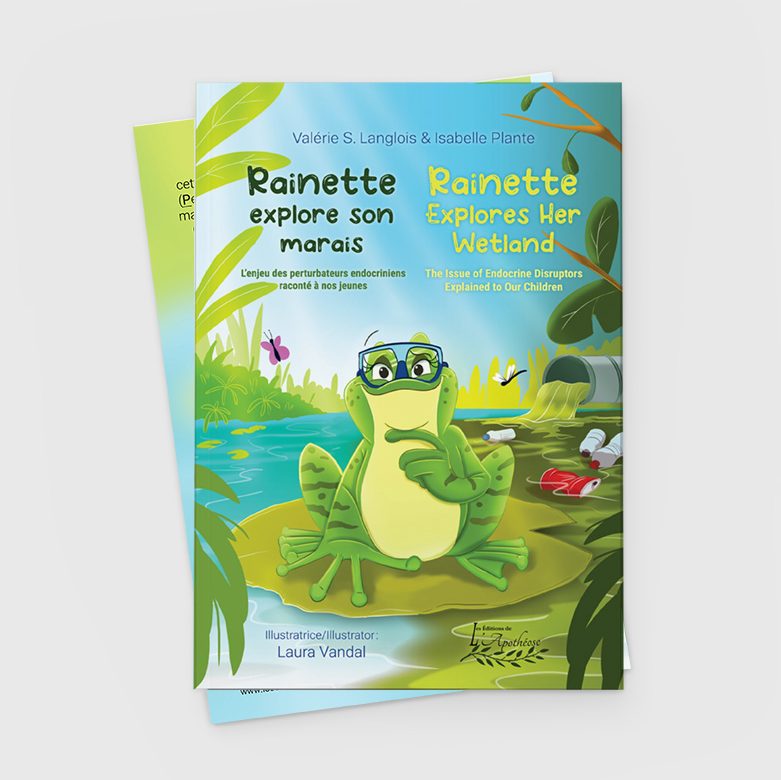 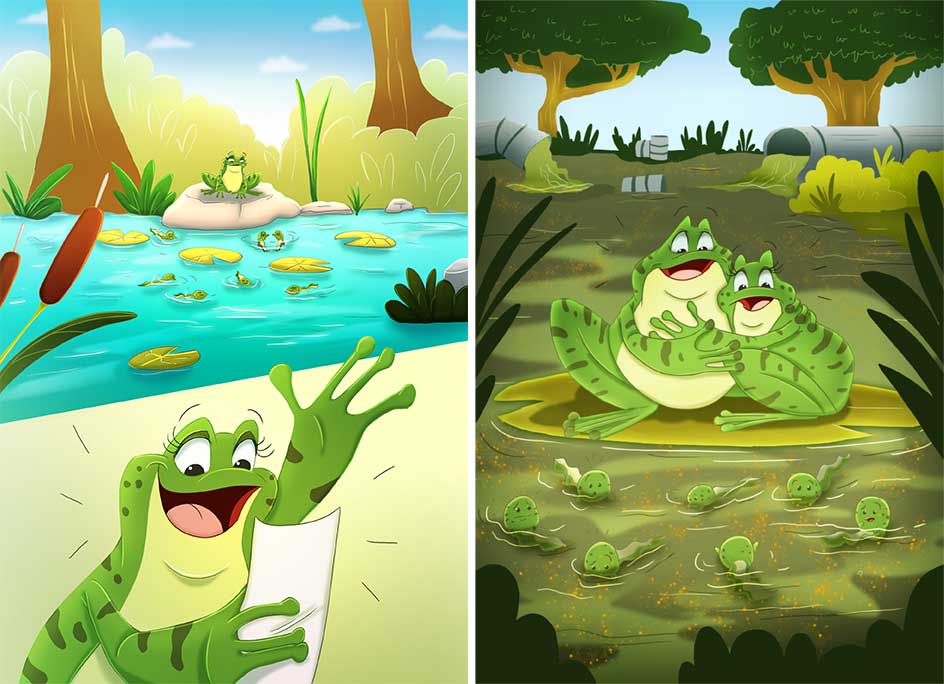 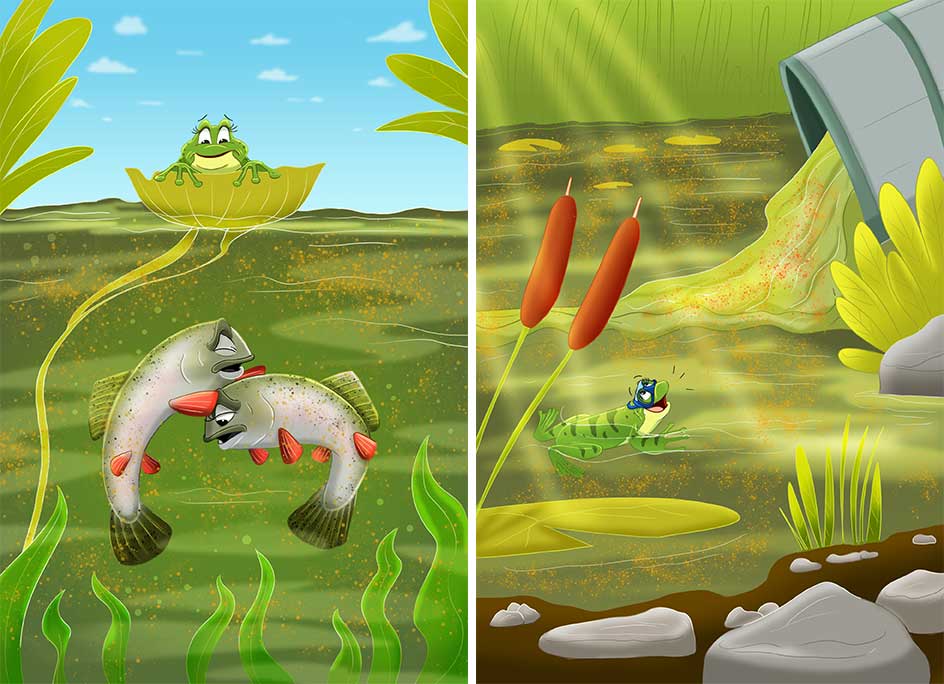 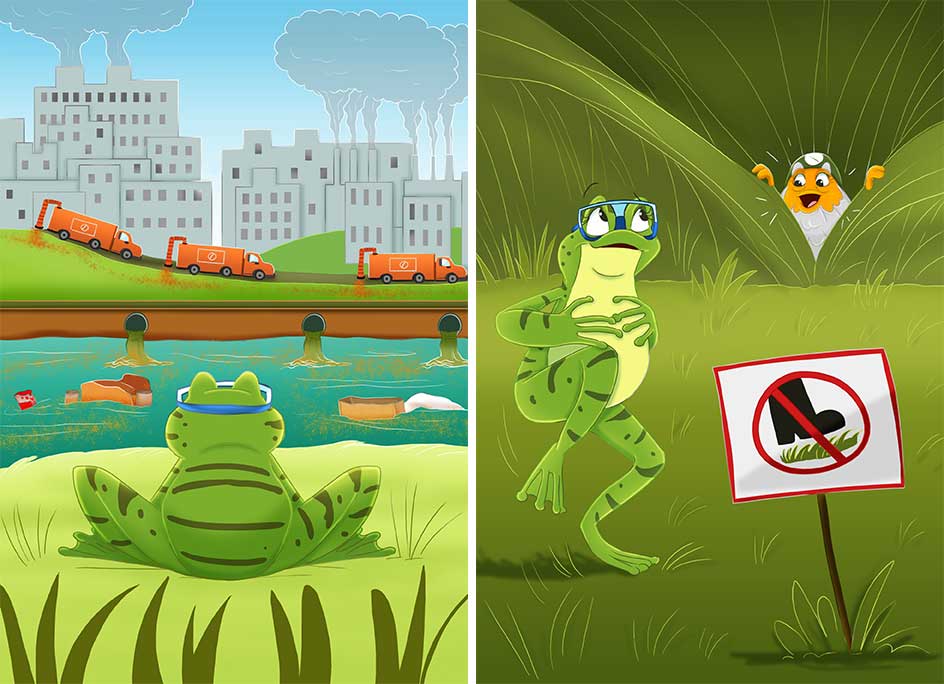 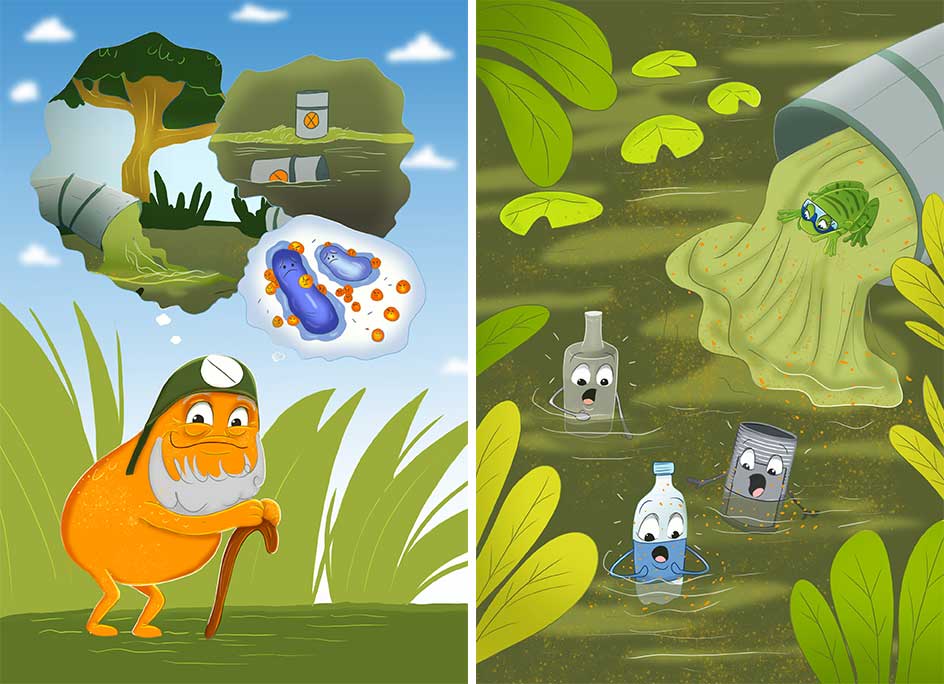 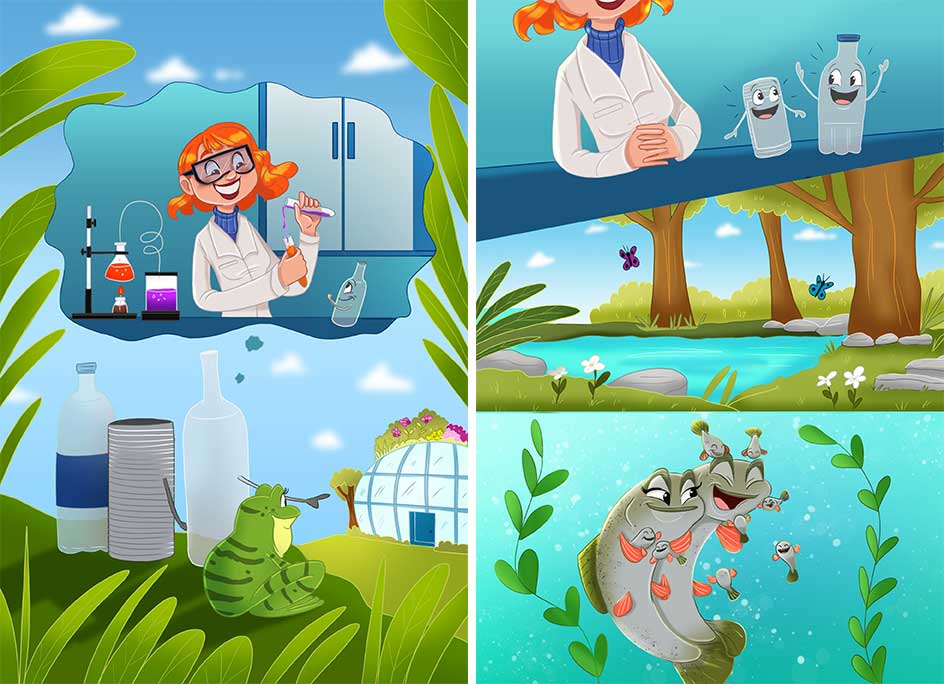 Endocrine disruptors are omnipresent in our daily lives. Yet, their disturbing effects on human health remain little known to the public and even to scientists.

“Unlike most contaminants, whose toxicity increases with their quantity, endocrine disruptors often act in the opposite way, i.e., they have harmful effects even in very low concentrations. This makes their regulation very difficult,” explains Valérie Langlois, chair at the Canada Research Chair in Ecotoxicogenomics and Endocrine Disruption.

“If we know more about disruptors and where they are found, we can make informed choices as consumers to avoid exposure to some of them,” says Professor Plante.

Professors Langlois and Plante co-founded the Intersectoral Centre for Endocrine Disruptor Analysis (ICEDA) in 2020, an international grouping of more than 150 researchers from various fields. By combining their expertise, scientists are able to identify individual endocrine disruptors and analyze their presence in the environment through to their effects on human and animal health.

“We must continue to educate politicians, scientists and the general public at all levels of society,” concludes Valérie Langlois. 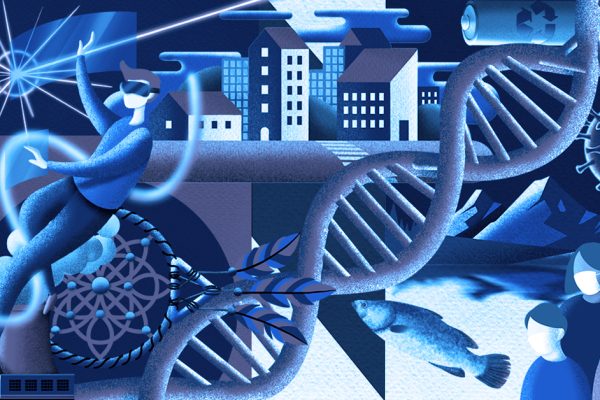 Research at the heart of training and partnerships 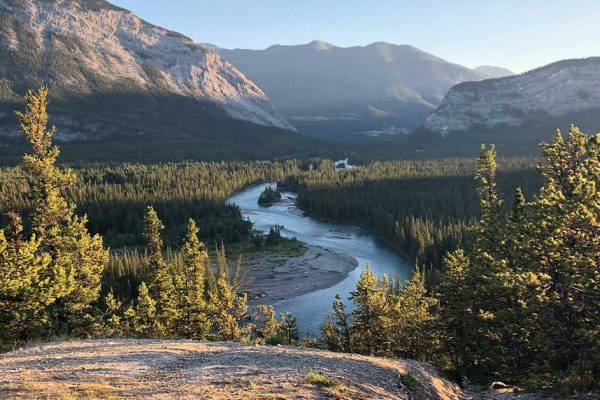