As the institutional home of the DIALOG Network, INRS is proud to contribute to an innovative vision of research that embodies reconciliation. 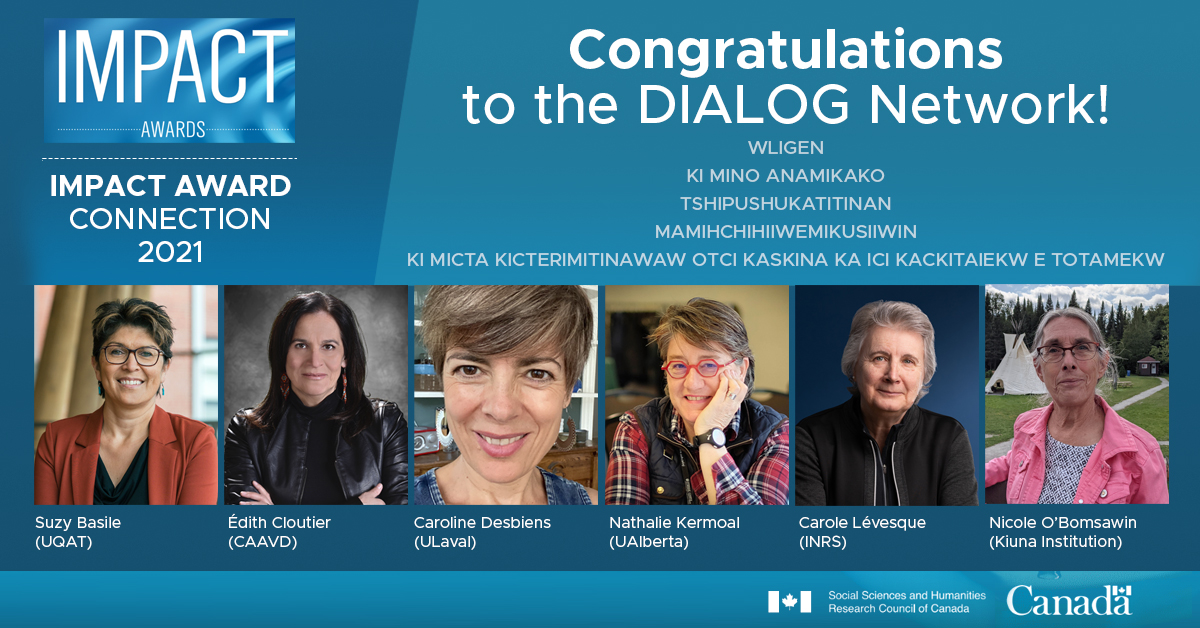 The DIALOG Network has been awarded the SSHRC Impact Award Connection 2021 which honours its 20-year mission of building relationships with Indigenous communities and mobilizing knowledge for reconciliation.

The DIALOG Network (Réseau de recherche de connaissances relatives aux peuples autochtones) has been awarded the Social Sciences and Humanities Research Council (SSHRC) Connection Award. The award honours DIALOG’s 20-year mission of building relationships with Indigenous communities and mobilizing knowledge for reconciliation. The announcement was made today by the Honourable François-Philippe Champagne, Minister of Innovation, Science and Industry, unveiling the winners of the 2021 Impact Awards, celebrating the most accomplished social sciences and humanities researchers in Canada.

“This award is first and foremost a collective award. It is the recognition of committed research practices that aim for greater equity in the production of knowledge. It is the consecration of a vision of research that is done with Indigenous people and by Indigenous people.”

A pioneering network based on respect, trust, and reciprocity

In creating the DIALOG Network in 2001, Professor Lévesque, her colleagues, and partners wanted to open a dialogue on Indigenous knowledge systems with key players in the Indigenous world who were ignored by the academic world.

“Based at INRS, the DIALOG Network has created a unique space that brings together two worlds: the academic research community and Indigenous societies. This alliance, which was joined by the Regroupement des centres d’amitié autochtones du Québec in 2004, offers alternative avenues for understanding and responding to the societal challenges of Indigenous communities.

“Thanks to its knowledge co-construction approach, DIALOG has shed light on a reality that has been little documented in Quebec, that of urban Indigenous peoples,” explains Édith Cloutier.

From its inception, DIALOG’s mission has been to bring together researchers from different universities and Indigenous knowledge holders from diverse backgrounds around shared knowledge to support social transformation and decolonization.

“The secret of DIALOG’s success is to reach out to Indigenous peoples to learn from them, their trajectories, their history, their modernity, and their aspirations for a more just world,” says Professor Lévesque. It is a way of conceiving research that positions Indigenous knowledge systems alongside science. Today, DIALOG has achieved parity by bringing together more than one hundred members from both the academic and Indigenous spheres. This expertise covers Indigenous people in 14 countries, with Indigenous knowledge keepers representing 26 different organizations or communities.

DIALOG’s path is one of innovation. Documentary and statistical databases provide the public with information that is generally not easily accessible. For example, the Autochtonia database contains more than 18,500 documents that address dozens of societal issues related to Indigenous cultures, heritages and knowledge, including both those produced by Indigenous Peoples themselves and scientific literature.

DIALOG is also recognized for its Université Nomade intensive training program, established in 2007 to create learning conditions that promote the encounter of scientific and Indigenous knowledge. To date, nearly 1,400 people have participated in the 16 editions held in four different countries, including several hundred students from many disciplines.

The knowledge co-produced within DIALOG has also informed many social policies and programs in the areas of health, wellness and healing, Indigenous education and curricula. Many members of the Network played major roles in the work of the Public Inquiry Commission on relations between Indigenous Peoples and certain public services in Québec (Commission Viens).

Over the next few years, DIALOG will work to increase research capacity within Indigenous organizations and communities and to document the potential for community influence and social innovation in Indigenous knowledge systems. 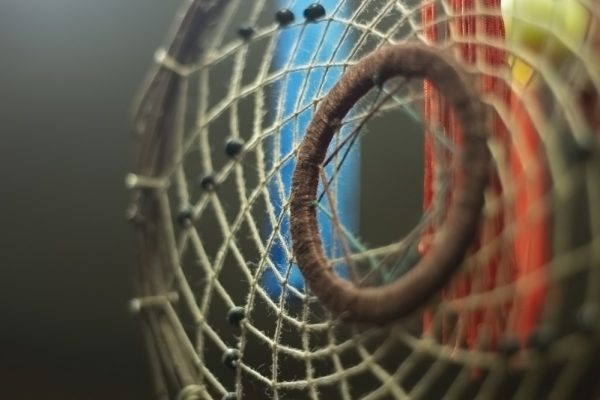 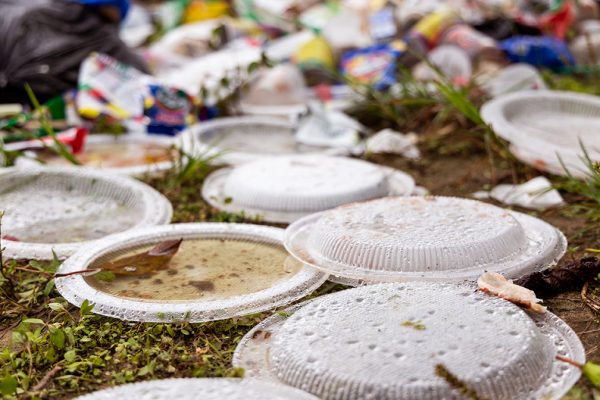 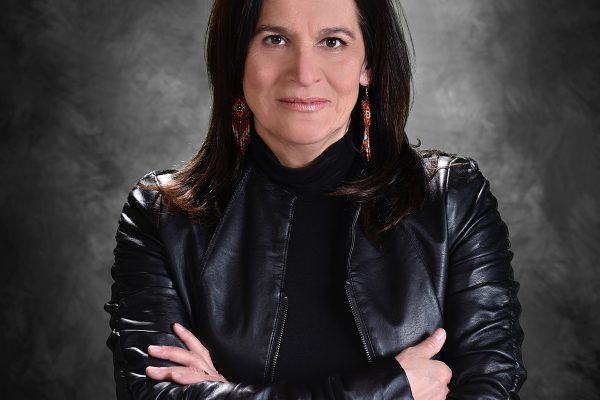 First Nations ambassador Edith Cloutier to be honoured by INRS