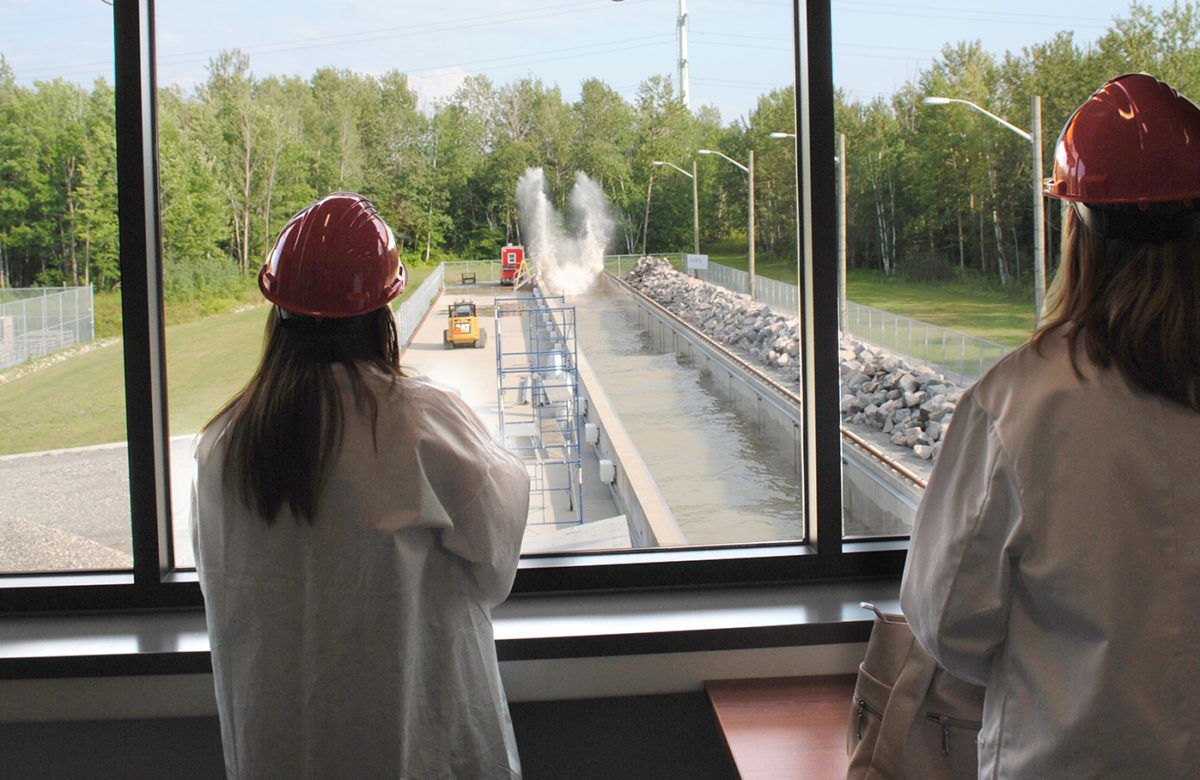 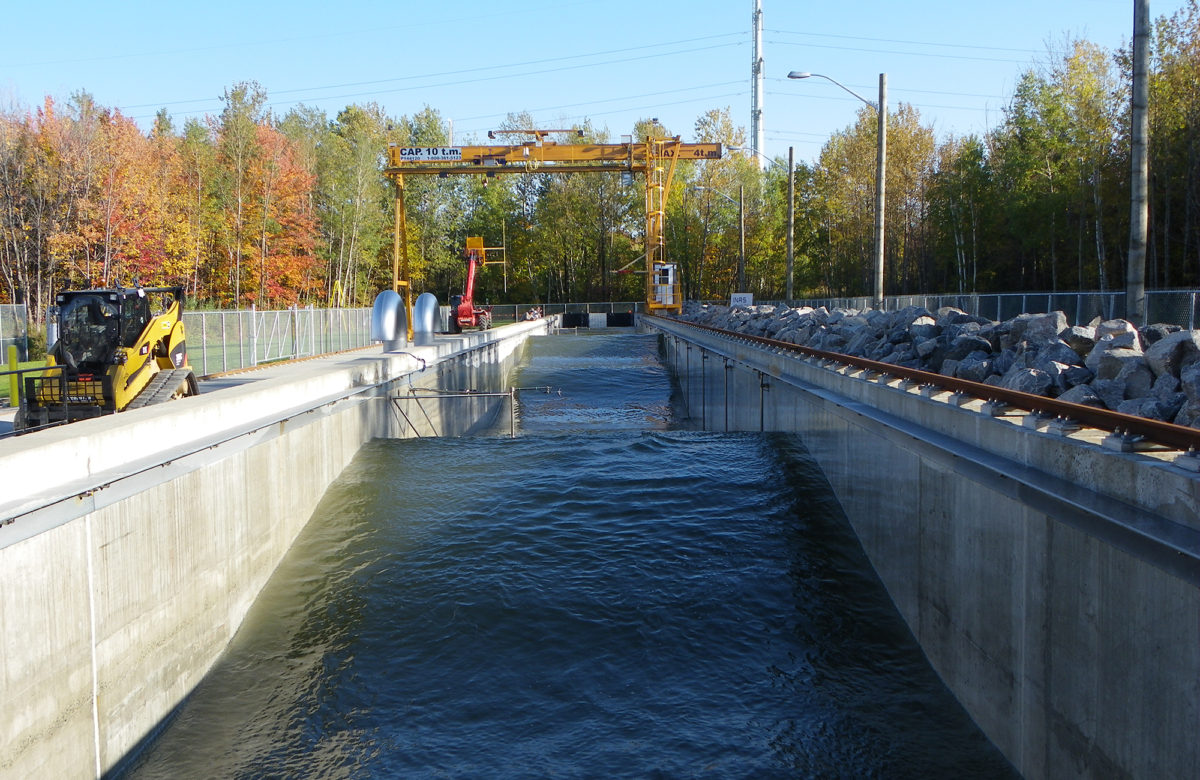 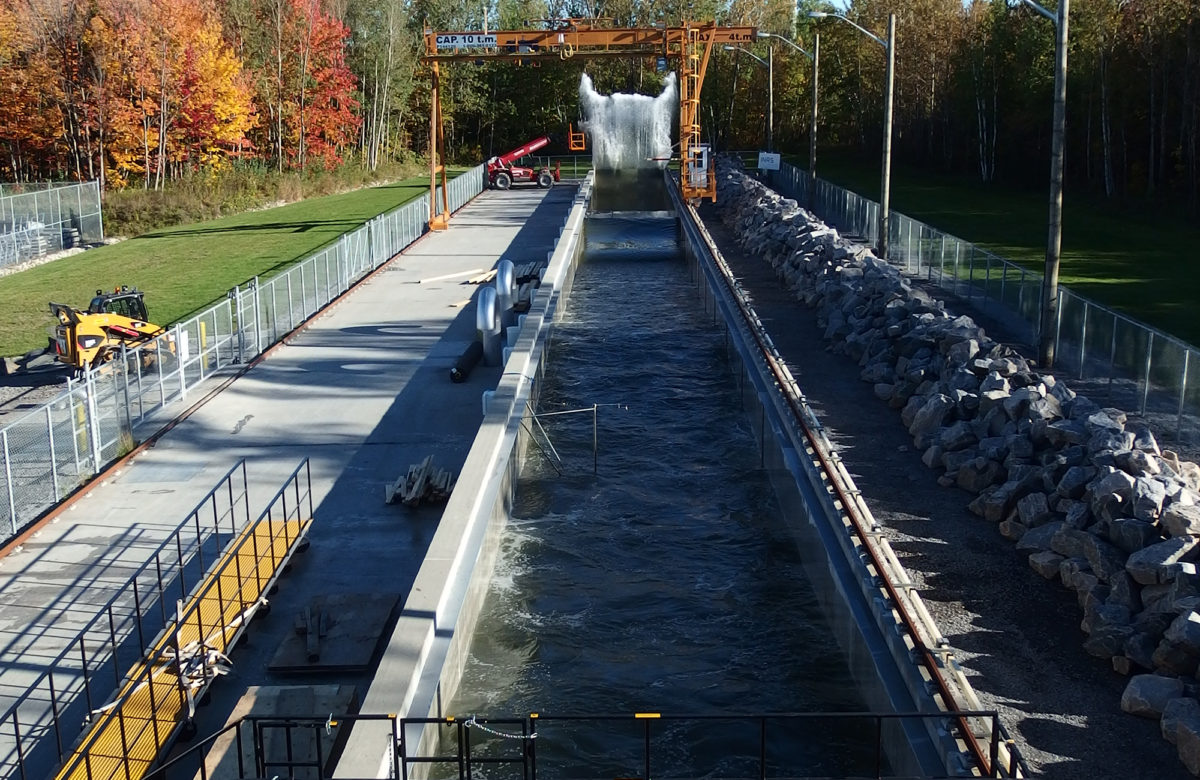 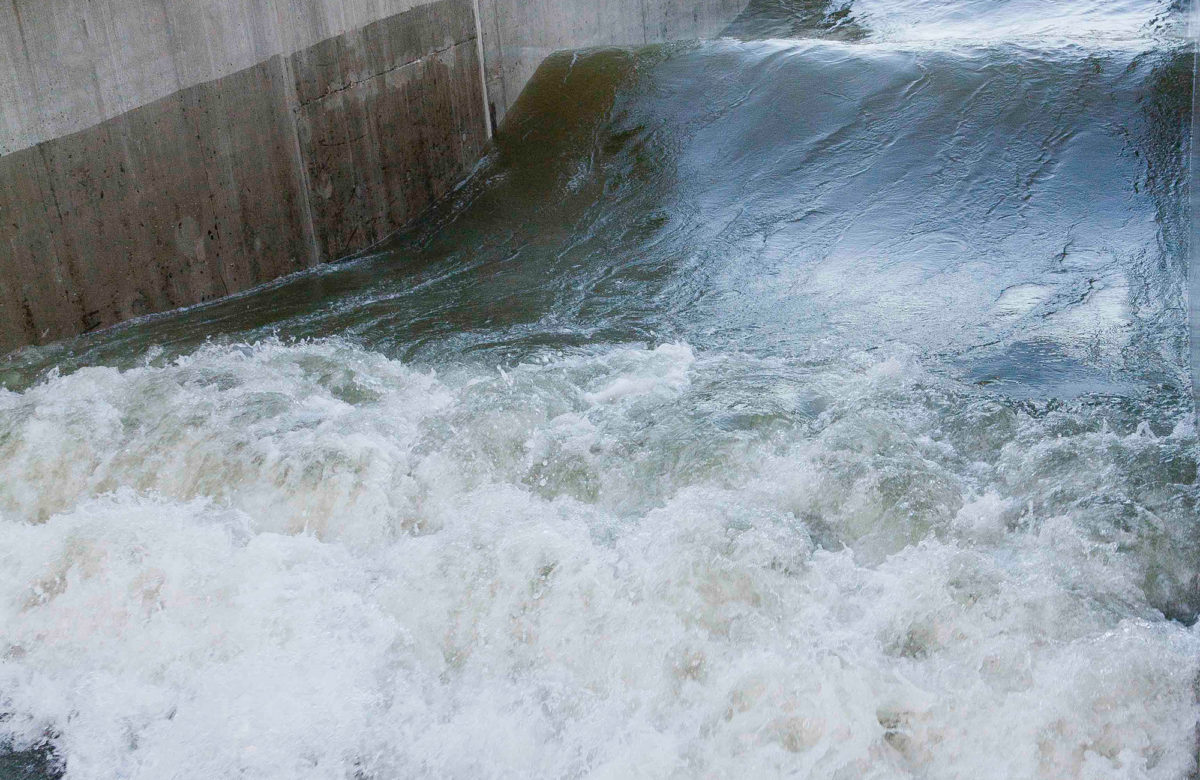 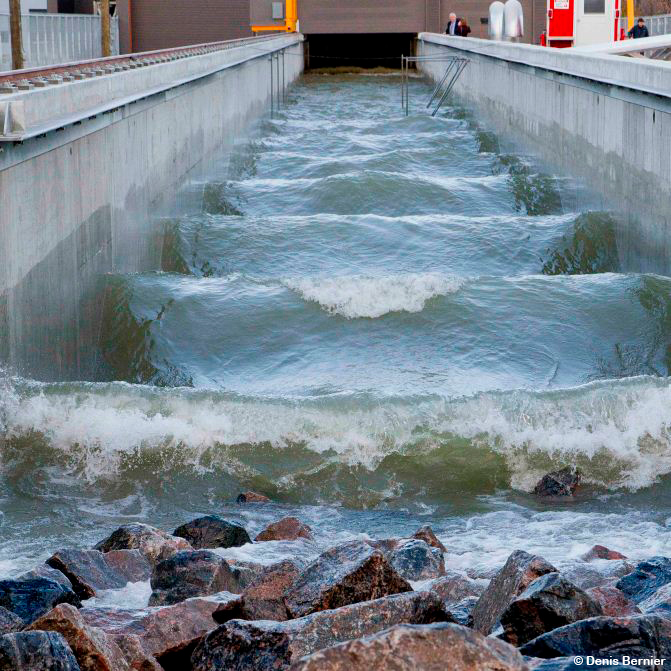 Located in the Québec Metro High Tech Park, the wave flume is 120 m long, 5 m wide, and 5 m deep. It extends 4 m underground and 1 m above ground. Waves generated can reach the top of the flume walls and be produced in depths ranging from 2.5 to 3.5 m and wave periods of 3 to 10 seconds.

In addition to a mobile walkway, a gantry crane, and a series of equipment decks, the wave flume is also equipped with:

14 National Instrument CompactRIO systems, each with 256 analog inputs and 8 modules with sampling rates of 250 kHz. The modules also have 32 channels each. They are spaced 5 m apart along the flume, with the first one 45 m from the wave generator.

Institut national de la recherche scientifique (INRS) also has a smaller-scale wave flume with an electronically controlled wavemaker. The small flume is sometimes used to scale down experiments before they are carried out in the big flume. It has been designed to accommodate the same type of measurement devices as used in the main flume. Learn more

The Environmental Hydraulics Laboratory (LHE) offers research services to other universities, as well as to industry and government (see research applications).

The Environmental Hydraulics Laboratory (LHE) offers a wealth of potential applications. For example, the LHE can:

This $13.5 million facility was funded by Innovation, Science and Economic Development Canada and the Government of Quebec under the Knowledge Infrastructure Program.

Laboratories for Scientific and Technological Innovation in Environment LISTE)