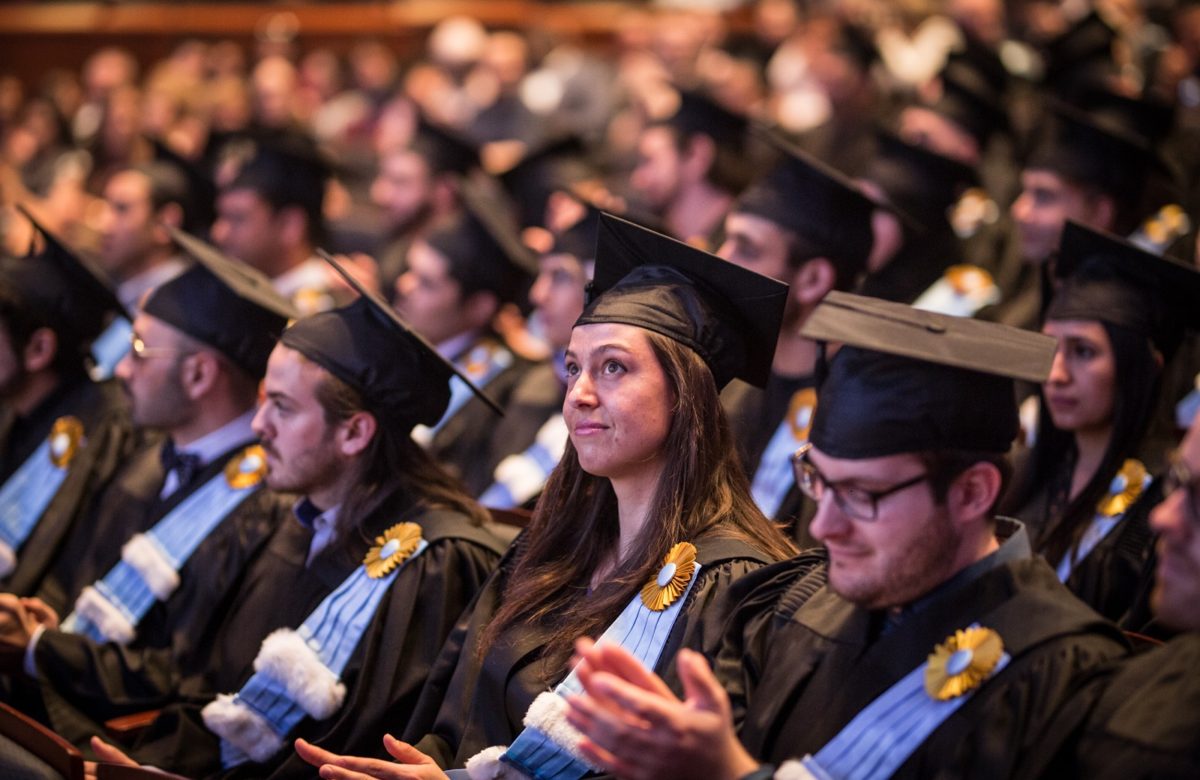 Brilliantly hosted by the Director of the Graduate and Postdoctoral Studies Department, Philippe-Edwin Bélanger, the graduation ceremony of the Institut national de la recherche scientifique (INRS) took place under the banner of pride.

More than 200 people participated. The entire INRS community, staff, professors, students, and postdoctoral fellows were invited to attend the virtual ceremony. Learn more about the event (in French)

Convocation recognized the success of the March 2020 graduating cohort. Each year, INRS is proud to crown the efforts and dedication of the students who completed their program of study!

INRS is proud to announce that McGill University biochemist and professor Nahum Sonenberg was awarded an honorary doctorate during the virtual graduation ceremony.

learn more
The next graduation ceremony will take place on May 15, 2021.

The following awards and prizes were conferred at the ceremony to students from INRS’s four research centres.

INRS Foundation gave Lumières Awards for the first time at the virtual graduation ceremony. Lumières Awards outstanding graduates who shine a spotlight on the importance of science in society and promote the excellence of INRS’s research and training activities.

Mementos of the Graduation Ceremony