More than 7,000 rare diseases have been identified worldwide and three fourths of them affect children.In Québec, nearly 500,000 people are either affected by or carriers of a rare disease. February 29 is International Rare Disease Day, an opportunity to learn more about the work two professors at the Institut National de la Recherche Scientifique (INRS) have undertaken to better understand and treat genetic diseases.

Batten Disease: The Key Role of a Protein

Professor Stéphane Lefrançois, a researcher at the Institut National de la Recherche Scientifique (INRS), is working on Batten disease, a genetic neurodegenerative disease that primarily affects children. His research focuses on the most common form of the disease — Batten CLN 3 — which is caused by mutations in the protein of the same name and for which there is still no cure.

Professor Stéphane Lefrançois, a researcher at the Institut National de la Recherche Scientifique (INRS), is working on Batten disease, a genetic neurodegenerative disease that primarily affects children. His research focuses on the most common form of the disease — Batten CLN 3 — which is caused by mutations in the protein of the same name and for which there is still no cure.

Children affected by Batten disease are born with no symptoms and develop normally, learning to walk, talk, and interact with others. Between 5 and 8 years of age, however, they start to regress. “The first symptom that leads parents to seek medical attention for their child is a loss of vision caused by retinal degeneration. This is followed by cognitive regression characterized by speech and mobility impairment. The life expectancy for people with the disease is usually around 30 years,” explains Lefrançois, who has been working on Batten disease for more than ten years.

“Under this cellular process, a receptor acts as a truck that carries proteins from the Golgi apparatus, the production factory, to the sorting centre. Thanks to CLN3, this truck normally returns to the Golgi to pick up another load of proteins in an ongoing cycle,” the researcher explains. “In the presence of the mutations, however, the truck doesn’t make the return trip. Instead, it is redirected to the lysosomes, where it’s broken down as cellular waste”, he adds.

Because the receptor is degraded, the proteins vital to lysosome function can’t reach their destination. In consequence, these organelles are no longer able to break down cellular waste, so they accumulate and cause cellular degeneration. “We think that children with the disease develop normally during their early years because their cells compensate by making more ‘trucks’. It’s possible that the cells can’t keep up, so the system becomes dysfunctional and starts to degrade,” explains Professor Lefrançois.

Professor Lefrançois is working with a team of European researchers to re-establish normal CLN3 function with a promising drug. The aim is to prevent degradation of the receptor so it can continue carrying proteins.

Worldwide, it is estimated that one person in 100,000 has Batten’s disease in all its forms.

These neurodegenerative diseases attack motor neurons that control muscle function. They cause the gradual death of these neurons, which leads to loss of muscle use, paralysis, and, ultimately, death. ALS and SMA have similar symptoms, but ALS affects adults while SMA affects children.

In Professor Patten’s lab, his students are testing drugs on genetic models to identify molecules that could potentially protect or save motor neurons. “Finding a treatment is extremely important given the very short life expectancy of people with these diseases,” says Patten, who has been with INRS for four years. His work uses models of zebrafish whose genes have been modified to express the same mutations as those found in the two diseases. “The genes responsible for ALS and SMA are also found in fish and in vertebrates more generally, which makes them a good genetic model,” he adds.

The researcher and his team are testing hundreds of molecules already clinically approved for other diseases to determine their effects on motor neurons, a technique known as drug screening.

“We look at them together, then separately, and if things look promising, we test them on a mammal model like a mouse or on cultured motor neurons culled from patients. The next step being the clinical trials,” says Patten, who is also a member CERMO-FC (Centre of Excellence in Orphan Disease Research – Fondation Courtois).

Zebrafish models are also used to understand how these two diseases manifest at the molecular and cellular level. “We know the function of the genes involved in these two diseases, but we don’t know which mechanisms cause motor neuron death,” reports Patten, who holds the newly endowed Anna Sforza Djoukhadjian Philanthropic Chair.

The expert in genetic and neurodegenerative diseases is continuing his work in hopes of discovering drugs that are effective against rare diseases that remain full of mystery. 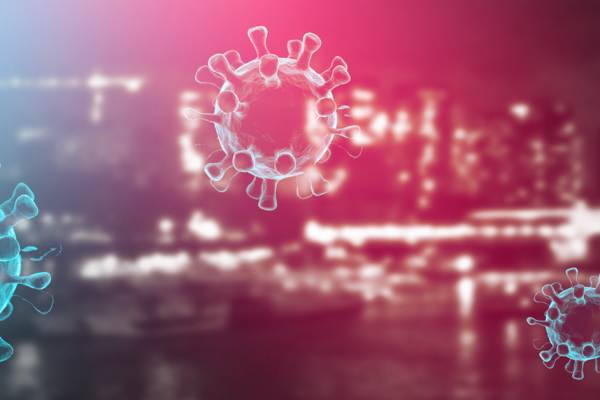