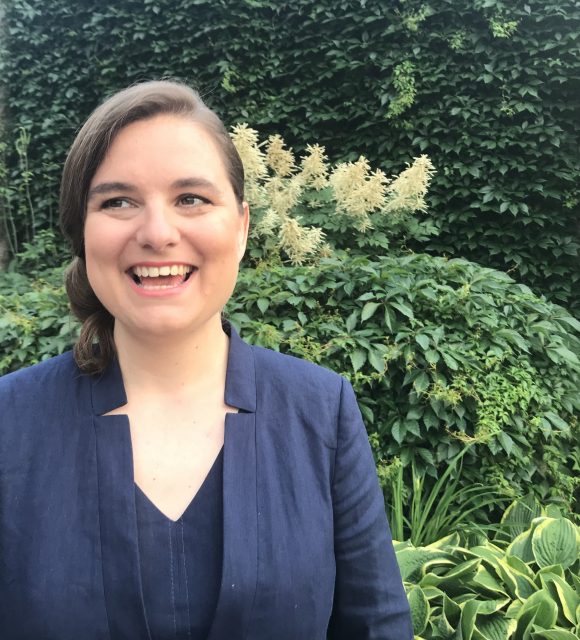 Looking for students or interns

Louise Hénault-Ethier’s research interests revolve around solutions inspired by nature aimed at adapting to climate change and sustainable agricultural practices, in particular through the circular economy of organic waste. Her postdoctoral research at Laval University focused on the upcycling of agrifood by-products using insects (entotechnologies). Edible insects such as mealworms or the black soldier fly represent innovative solutions for managing organic matter in a circular economy and generating quality products for human or animal food. She conducted surveys on the acceptability of insects in human food and documented the development of the entomophagic industry in Quebec. She has carried out numerous technology transfer activities as part of the Vitrine Entotechnologique, in partnership with TriCycle, CRETAU and Laval University. Her master’s degree from Concordia University (2007) focused on the composting of organic material using earthworms (vermicomposting) and combined molecular biology, microbiology, organic chemistry and environmental engineering.

She is particularly interested in phytotechnologies, technological uses of plants such as riparian strips, bioretentions, phytoremediation, green roofs or walls, to solve environmental issues. She is very active in popularizing these issues, particularly with the Société Québécoise de Phytotechnologie. While holding the position of David Suzuki Foundation chief of science in Québec, she contributed to several research and report projects on adaptation to climate change and the use of natural infrastructure or phytotechnologies to deliver ecological services in urban areas. These projects focused in particular on the forces and constraints in the deployment of phytotechnologies, the financing of natural infrastructures, urban revegetation, the ecological services delivered by urban trees and more.

Her research on pesticides began during her doctorate in 2010. Her doctoral thesis, completed in 2016, focuses on the effectiveness of vegetated riparian strips to limit runoff and diffuse pollution from agricultural sources, including fertilizers and glyphosate-based herbicides. She has done several reviews of the literature on various pesticide active ingredients, in particular on pyrethroids. She has also written numerous briefs for the attention of the federal and provincial governments concerning the approval and regulation of various active ingredients, in particular neonicotinoids, as well as several popular works concerning the risks associated with the use of pesticides, including a series for the Canadian Association of Physicians for the Environment and Équiterre. She is a co-founding member of the Ecohealth Research Collective on Pesticides, Public Policies and Alternatives (CREPPA).