An INRS research team reveals a new method to produce a promising light source, usually available only in giant facilities, at a lab-scale tabletop. 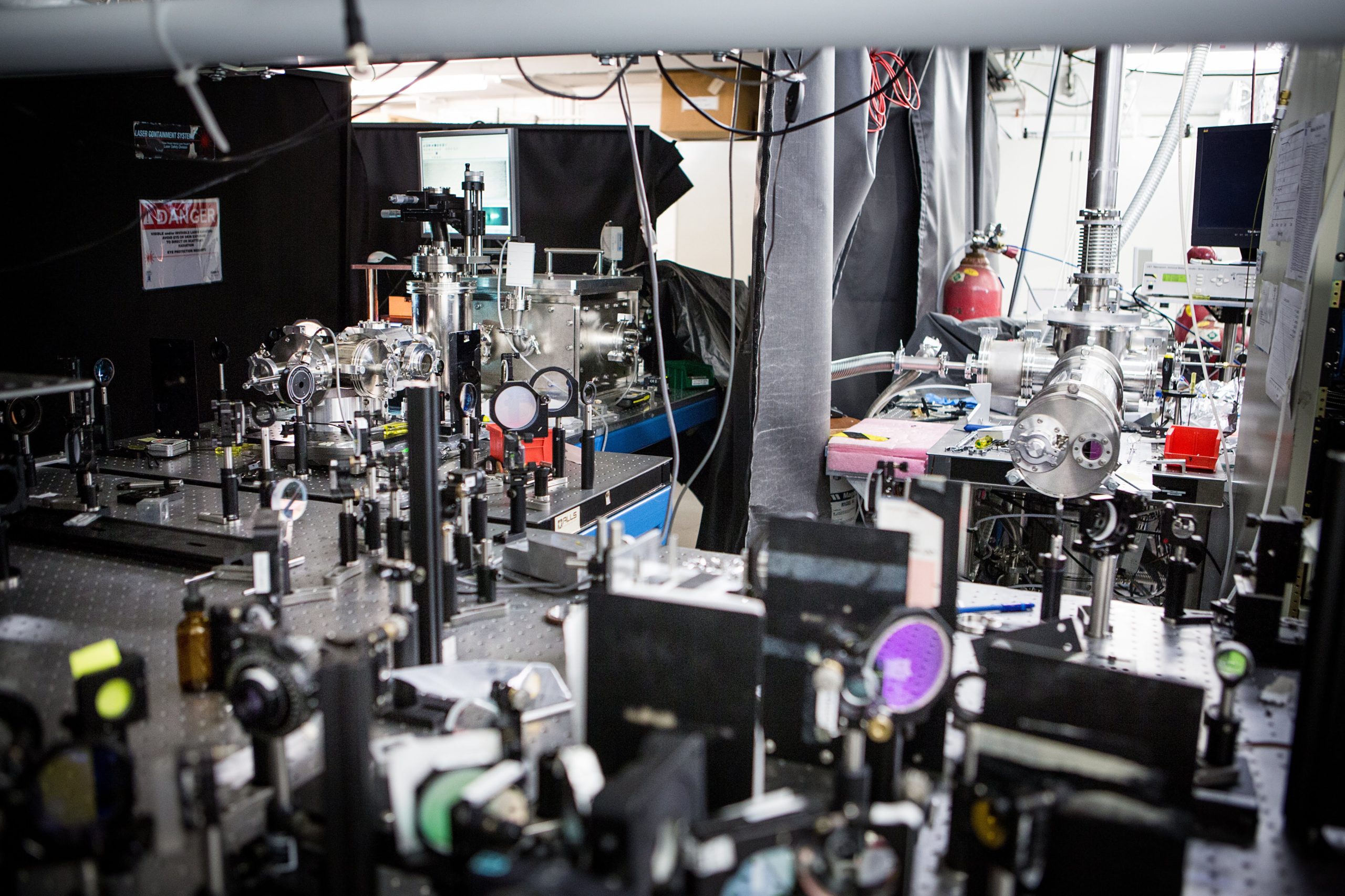 With the new method, published in the prestigious journal Optica, the intense QM-XUV source could be generated in modest-scale labs. “They can have a multitude of potential applications in the field of material engineering, through material characterization using photoemission spectroscopy techniques. They could be used in microscopy with the use of high-resolution and high-contrast coherent nanoscale imaging, as well as in the field of device fabrication through semiconductor XUV lithography,” says Mangaljit Singh, PhD student in energy and materials.

“Optica is a high-quality journal with a very broad general audience as well as the audience with the expertise in the field of optics. Publishing in it will help our new results to reach the wider audience, which is eventually good for the dispersion of science among the scientific community.”

Toward a more efficient pulse

QM-XUV light can be generated using the laser-matter interaction between a noble gas and a primary femtosecond laser. Through the highly nonlinear optical phenomenon of high-order harmonic generation, the near-infrared photons of the pump laser are converted into those with higher frequency in the XUV. However, the process is extremely inefficient. To overcome this critical issue, the team worked with a laser-ablated plume, generated by focusing a high-intensity laser pulse on a gallium target surface. By exploiting the phenomenon of resonant high-order harmonic generation using gallium plume, they were able to obtain an XUV pulse a hundred times more energetic compared with the conventional techniques.

The team will now try to generate similar XUV sources at shorter wavelengths. These subsequent researches could generate even higher XUV intensity and monochromaticity.

The team’s work was performed at the Advanced Laser Light Source (ALLS), led by the group of the Laboratory for Producing Isolated High Energy Laser Pulses in the Attosecond Domain. This INRS infrastructure is dedicated to the study of ultrafast physical phenomena and molecular imaging applications, in Varennes, Québec. Directed by Professor Ozaki, this kind of research finds applications in optoelectronics, photodetection, laser-plasma interaction and holographic imaging.