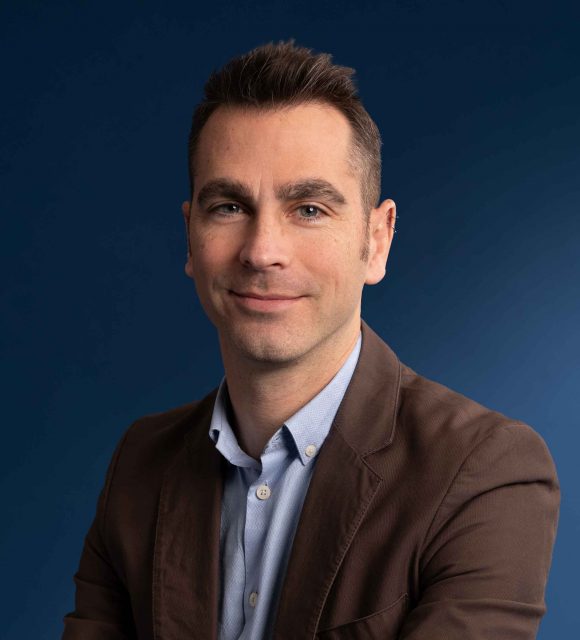 Looking for students or interns

Tremendous advances in medicine attest to how research in chemistry and biology irrevocably alters our quality of life. The mounting costs of healthcare hamper the capacity of healthcare providers in Quebec and Canada to effectively treat disease, thus providing impetus for developing less expensive, more effective, and even personalized medicine. There is growing consensus within the pharmaceutical sector that issues of drug cost and efficacy can be addressed using biomolecules such as proteins or nucleic acids (i.e., so-called “biologics”) as drugs, and as platforms for drug discovery and development. This is, in part, because their chemical and structural complexity allows e.g., enzymes to efficiently catalyze specific reactions, monoclonal antibodies to strongly bind to target molecules, and nucleic acids to selectively alter protein expression levels. In addition, tools for sequencing DNA, screening huge libraries of proteins, and mass-producing optimized lead molecules are now all realities. Presently, ~25% of all new drugs approved by the American Food and Drug Administration are peptides or proteins, and the global markets for therapeutic monoclonal antibodies ($58 billion by 2016) and enzymes ($3.9 billion by 2017) are enormous. Furthermore, the once abandoned field of gene therapy has become a hotbed, with 11 different companies raising at least $618 million from venture capitalists and the public markets since the beginning of 2013 (Forbes.com). However, as classes of molecules, proteins and nucleic acids suffer from inherent shortcomings that can limit their efficiency as therapeutics. More specifically, proteins, even large ones, fold into compact structures that are rapidly eliminated from the body by renal filtration within one to two days following systemic administration. Furthermore, many proteins are derived from non-human organisms and have the potential to induce an immune response, which can range from mild allergy to anaphylactic shock. Nucleic acids, on their side, do not readily cross cell membranes and are thus very difficult to deliver intact into cells. Finally, both proteins and nucleic acids are sensitive molecules that are susceptible to hydrolysis and can be digested by enzymes.

The core activities of the Gauthier group are designed to meet these challenges of using biologics as therapeutics:

Montreal: Voted 2017 Best Student City in the World (according to QS IU) . The Gauthier group is located approx. 25 km from vibrant downtown Montreal.

Research and development for the manufacturing of monoclonal antibodies

President of the Canadian Chapter of the Controlled Release Society

Secratary of the Canadian Biomaterials Society

President of the Canadian Chapter of the Controlled Release Society

Secratary of the Canadian Biomaterials Society

1) Develop new types of dynamic covalent bonds that respond to local micro-environments in the body.

Scientific challenge: Many important classes of drugs (such as peptides, proteins, and nucleic acids) cannot be directly administered to patients because of their instability in the bloodstream. Therefore, the development of drug delivery systems that stabilize and carry drugs to their target is an area of active research. Currently, one of the major challenges associated with the successful use of drug delivery systems is to release the drug in a timely manner at target cell populationa. One way to release the drug from its delivery systems is to exploit the natural differences in the chemical environment outside and inside the cell. This can be accomplished by incorporating dynamic covalent bonds that are responsive towards temperature, pH, or redox potential, within the structure of the delivery system. Unfortunately, the delivery paradox “Outside (the cell) stable — Inside labile” is a huge and largely unresolved scientific challenge to be overcome for achieving high efficacy. Stability of the delivery system outside the cell is important for reducing off-target effects, while lability is essential for the drug to exert its therapeutic function. Current dynamic covalent bonds are either very stable and thus release drugs too slowly at the target cells, or very labile and thus release their cargo before reaching the target cells. Overall, these shortcomings point to the fact that current dynamic chemistry may lack the combined specificity, stability, and responsiveness to dramatically improve the performance of drug delivery systems beyond the current state-of-the-art. New directions should be sought out. For a paradigm shift in this field, two elements are needed: (i) an alternative stimulus for initiating drug release that is both intracellular-specific and disease-associated and (ii) a new chemical group that is stable but responds rapidly to this stimulus.

Objective: Protect biological drugs without compromising their drug-like activity.
Scientific challenge: In general, protein drugs have very small hydrodynamic radii and as a consequence are rapidly filtered out of the bloodstream by the kidneys. In addition, because many protein drugs are not of Human origin, they are recognized as foreign agents in the body. This causes antibodies to be raised against the drug which in the best of cases causes its rapid elimination, and in the worst of cases causes a severe allergic reaction (leading to anaphylactic shock). For over 4 decades, the most investigated strategy to overcome these problems has been to graft linear hydrophilic polymers such as poly(ethylene glycol) (mPEG) to the protein, a process referred to as PEGylation. PEGylation protects the protein from filtration by the kidneys by increasing its size, and protects from the immune system by acting as barrier for preventing antibody–protein interactions. Unfortunately, the major dissuading dogma of PEGylation is that high protection of the protein, which comes from grafting many copies of mPEG onto the protein, generally comes at the cost of bioactivity. Indeed, many PEGylated proteins have very low bioactivity, which implies that large amounts must be administered, which in turn increases the risk of developing allergic responses towards the drug. For a paradigm shift in this field, new polymers need to be explored.

Objective: Identify new potent drugs.
Scientific challenge: Therapeutic proteins are structurally and functionally complex entities. It is thus difficult to predict computationally how modifications made to their amino acid sequence will influence properties such as how they bind targets, what chemical reactions they catalyze, and how efficient these processes will be. The optimization of protein drugs is therefore empirical and involves production of libraries of variants (i.e., mutants) of the native protein, and is followed by screening them for the desired property. Producing DNA-encoded ultra-high-diversity protein libraries is straightforward by platform technologies such as phage display. Unfortunately, techniques for screening “hits” based on CHEMICAL REACTIVITY (e.g., enzymes) remain limited. To a certain extent, this can be achieved using flow cytometers, automation, and robotics. Screening rates of up to ~107 mutants per hour have been reported by FACS, which is far below the theoretical diversity of ultra-high-diversity libraries. Also, current enzyme screening approaches require specific assays for each protein investigated, often involving fluorescence and custom substrates. The development of a general (i.e., reaction independent) technique for selecting proteins based on their chemical reactivity from ultra-high-diversity libraries would constitute an important and exciting technological development. Such an innovation would unbridle not only the re-engineering of known enzymes, but also the discovery process for de novo enzymes, which could have wide ranging applications in e.g., healthcare, bio-catalysis, green chemistry, manufacturing, etc.
4) Energy–matter interactions.

Scientific challenge: The major technological hurdles in the production of proteins, nucleic acids, and materials derived therefrom lies not in their synthesis (several companies produce custom proteins and nucleic acids as a service-for-hire) but rather in the steps of folding/hybridization and post-synthetic chemical modification. This is mainly due to their size and chemical complexity. Chemical reactions involving large molecules can be substantially slower and less efficient than for small ones due to steric and dynamic considerations. Also, the slower equilibrium dynamics of large molecules can lead to kinetic traps in the folding/hybridization process, which can prevent the formation of desired thermodynamic products. Nature resolves these issues in vivo with biocatalysts (e.g., chaperones and enzymes) and by compartmentalization to increase local concentration (e.g., within cells or sub-cellular compartments), amongst other factors. In the laboratory setting, it can be undesirable or inconvenient to use comparable approaches for improving production efficiency because of added costs, more complex purification, and the risk of contaminating the final product. There is thus a crucial need for alternative and general tools for accelerating chemical reactions and equilibrium dynamics of systems containing biomolecules, and which do not cause sample heating.